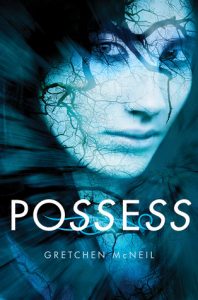 Fifteen-year-old Bridget Liu just wants to be left alone: by her mom, by the cute son of a local police sergeant, and by the eerie voices she can suddenly and inexplicably hear. Unfortunately for Bridget, it turns out the voices are demons – and Bridget has the rare ability to banish them back to whatever hell they came from.

Terrified to tell people about her new power, Bridget confides in a local priest who enlists her help in increasingly dangerous cases of demonic possession. But just as she is starting to come to terms with her new power, Bridget receives a startling message from one of the demons. Now Bridget must unlock the secret to the demons’ plan before someone close to her winds up dead – or worse, the human vessel of a demon king. 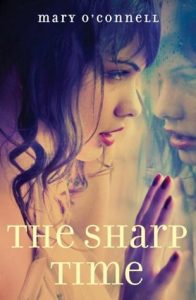 Sandinista Jones is a high school senior with a punk rock name and a broken heart. The death of her single mother has left Sandinista alone in the world, subject to the random vulnerability of everyday life. When the school system lets her down, her grief and instability intensify, and she ponders a violent act of revenge.
Still, in the midst of her crisis, she gets a job at The Pale Circus, a funky vintage clothing shop, and finds friendship and camaraderie with her coworker, a boy struggling with his own secrets.
Even as Sandinista sees the failures of those with power and authority, she’s offered the chance to survive through the redemptive power of friendship. Now she must choose between faith and forgiveness or violence and vengeance. 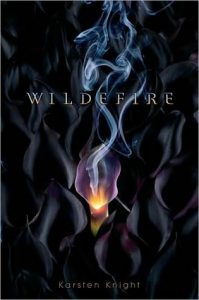 Every flame begins with a spark.

Ashline Wilde is having a rough sophomore year. She’s struggling to find her place as the only Polynesian girl in school, her boyfriend just cheated on her, and now her runaway sister, Eve, has decided to barge back into her life. When Eve’s violent behavior escalates and she does the unthinkable, Ash transfers to a remote private school nestled in California’s redwoods, hoping to put the tragedy behind her. But her fresh start at Blackwood Academy doesn’t go as planned. Just as Ash is beginning to enjoy the perks of her new school—being captain of the tennis team, a steamy romance with a hot, local park ranger—Ash discovers that a group of gods and goddesses have mysteriously enrolled at Blackwood…and she’s one of them. To make matters worse, Eve has resurfaced to haunt Ash, and she’s got some strange abilities of her own. With a war between the gods looming over campus, Ash must master the new fire smoldering within before she clashes with her sister one more time… And when warm and cold fronts collide, there’s guaranteed to be a storm.