For my first blog back after a very long-lasting, not-so-fun eye infection, I have decided to start a regular Friday post featuring upcoming or just-released must-reads. 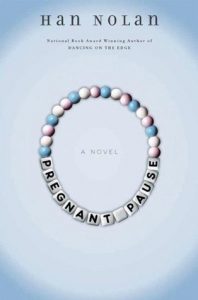 Nobody gets away with telling Eleanor Crowe what to do. But as a pregnant sixteen-year-old, her options are limited: move to Kenya with her missionary parents or marry the baby’s father and work at his family’s summer camp for overweight kids.

Despite her initial reluctance to help out, Elly is surprised that she actually enjoys working with the campers. But a tragedy on the very day her baby is born starts a series of events that overwhelms Elly with unexpected emotions and difficult choices. Somehow, she must turn her usual obstinance in a direction that can ensure a future for herself—and for the new life she has created. 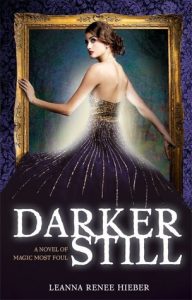 The Picture of Dorian Gray meets Pride and Prejudice, with a dash of Dr. Jekyll and Mr. Hyde.

New York City, 1882. Seventeen-year-old Natalie Stewart’s latest obsession is a painting of the handsome British Lord Denbury. Something in his striking blue eyes calls to her. As his incredibly life-like gaze seems to follow her, Natalie gets the uneasy feeling that details of the painting keep changing…

Jonathan Denbury’s soul is trapped in the gilded painting by dark magic while his possessed body commits unspeakable crimes in the city slums. He must lure Natalie into the painting, for only together can they reverse the curse and free his damaged soul. 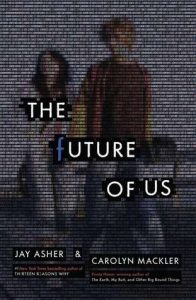 The Future of Us

It’s 1996, and less than half of all American high school students have ever used the Internet.

Emma just got her first computer and an America Online CD-ROM.

Josh is her best friend. They power up and log on–and discover themselves on Facebook, fifteen years in the future.

Everybody wonders what their Destiny will be. Josh and Emma are about to find out.